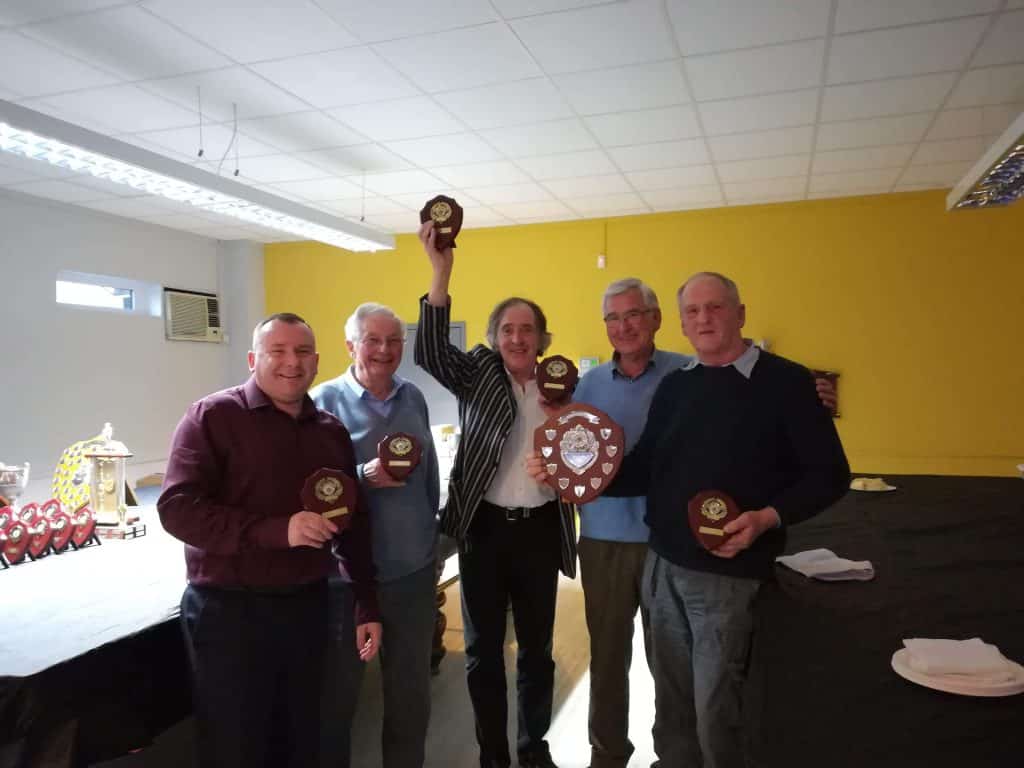 The St Blazey and District Snooker League recently held their end of season Presentation night at Bethel social club with over 70 people attending.

Bugle A completed the Quadruple of winning the Victory League, Team Handicap, Team Pairs and the Runabout Shield.

Tregonissey B were very consistent all season and won the Rees League.

There were many great finals hosted by local clubs at the end of the season.

The Team Handicap Plate has been a successful new addition this year and was won by Lerryn.

Richard Opie of Tregonissey won the Seniors and is one of the few players in league history that has won the Under 21’s, Singles and Seniors.

The final award of the evening was the the Melville Mills Award which went to Chris Perring for his commitment and services to the St Blazey League and the Cornwall Billiards and Snooker Association. The award was presented to Chris by Matt Mills.

There was also County success for Matt Green and Mark Ashton who won 4-3 against Paul Broad and Aiden Johns at St Day with the match finishing at 1:20am. Matt and Mark were also runners up in the St Blazey Snooker Doubles.

After the Presentation Ceremony a Pasty supper was provided followed by music from the local group Cover Up. This year marked the 73rd year anniversary for the St Blazey and District League.